Directed by Yoo In-Shik, an award-winning TV producer in Korea, Extraordinary Attorney Woo Young Woo is the story of a lawyer with autism spectrum disorder who lands a job at Hanbada, a large Seoul law firm, and goes on to tackle cases with her intelligence and photographic memory. The show promotes awareness of autism, which for many in South Korea is a taboo subject and a topic for discrimination. As Woo Young Woo navigates complex cases and fights back at those who discriminate against her, she also educates and inspires her audience that those with developmental disabilities are capable of social interactions and corporate success.

In the third episode, “This is Pengsoo,” a character on trial also is diagnosed with autism spectrum disorder, but has more difficulty communicating and interacting with others in comparison to the main character. After unsuccessful efforts to communicate with him, the lawyers at Hanbada secure his trust by rapping the lyrics of his favorite television character, Pengsoo, to whom he confesses the truth. Scenes such as this display the production team’s nuanced understanding of autism spectrum disorder. Subsidiary characters play an important role in the show as they provide comedic relief, honest reflections, and character development when facing individual hardships, and grow as they overcome obstacles throughout the show. Currently, all 16 episodes have aired on Netflix, and are available with English subtitles. This is one of the top 10 shows on Netflix in the US and the #1 show in Korea; I highly recommend this show, not only as a feel-good weekend sit-down, but also for its educational impact and potential to change the world for the better. 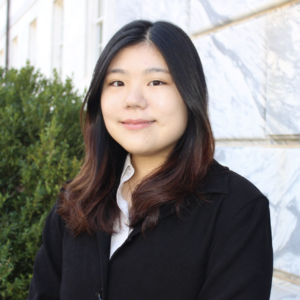 Emily Kim is a current senior at Emory University, studying Chemistry and Neuroscience. She is also an undergraduate researcher at Rollins and is currently on the pre-med track. She is glad to be reading and writing about medicine through ExploringHealth.…