Consuming a diet of primarily organic, unprocessed foods is frequently boasted as the best diet to establish health and wellness in one’s life. But for many people, it is difficult and pricey to accomplish this goal. A gorgeous documentary that illustrates the benefits—and challenges—of living and eating naturally is titled The Biggest Little Farm. This film captures the life of two organic farmers as they create a paradise of environmental harmony on their 200 acres of land. They use unconventional methods to fight pests and produce the highest quality meat, dairy, and produce possible for sale at local markets and for their own consumption. The 2018 film, produced by Sandra Keats and farm owner John Chester, is available for streaming on Hulu and Amazon Prime.

The Biggest Little Farm is filled with beautiful visuals and brutal honesty, and does not shy away from showing the imperfections of an organic farm lifestyle. When nature challenges the farmers, such as snails ruining their peaches and wolves killing their chickens, they are forced to learn more about the cause of the issues as a way to solve them, rather than using pesticides or shooting the wolves. As a result, the natural processes that sustain the environment without human influence aid the farmers by creating nutrient dense and delicious products.

This film puts our goals to maintain a healthy human population and planet into action. As our world industrialized, we lost touch with many of the simple ways to create food in order to feed a growing population, and started creating processed, mass-produced products. The resulting health effects from this sharp transition are now plaguing our population: heart disease, diabetes, and obesity. While it is somewhat unrealistic to eradicate all mass-produced food industries, The Biggest Little Farm gives insight as to what is possible for food production on an individual scale, and what to strive for in the coming decades. 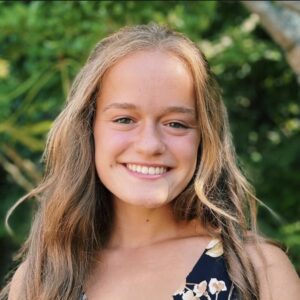 Sammy Ramacher is a second year student at Emory University. She is studying Economics & Human Health, and plans to pursue a career in epidemiology. Sammy is a member of Emory’s track & field team, and spends her time hiking…