Editor’s Note: This is is the third post in a series. Earlier installments looked at the historic medical system Ayurveda and examined the role traditional medical systems can play in the 21st century.

Traditional Chinese Medicine (TCM) began in China thousands of years ago. Despite being an ancient practice, this traditional medicinal system has prevailed through modern times. TCM is widely used across the globe, and the market for this medicinal system has continued to grow. This is largely due to government support, easier market access, and the large investment in TCM promotion.  Alongside the large demand for TCM, the efficacy, evidence, and safety of this medicinal system is still a topic for debate. [1] Some of these concerns stem from the vital differences between TCM methods and those of modern medicine, and some of this hesitancy stems from colonial influence and the lack of interest in researching the applicability of TCM and traditional medicinal practices globally. [3] Despite the ongoing debates, TCM has proven itself to be a resilient medicinal system that, in combination with modern practices, will continue to influence the health of lives globally.

TCM is inspired by tenets of Buddhism, Confucianism, and the religious and philosophical ideas from Taoism. In TCM, illness is determined by Qi, which is thought of as the energy that flows throughout the universe and through the body channels known as ‘Meridians’. If someone falls ill, it is because their internal Qi has fallen out of balance. TCM also involves concepts of Yin (negative) and Yang (positive). To address the unbalance in Qi in the body, or illness, practices such as acupuncture, massage, breathing exercises, and herbal remedies are implemented to rebalance the Qi through the Meridians. [1]

In China, TCM is valued for its long history of usage, traditions, faith, and popularity. In many cases, TCM remedies are preferred over Western remedies due to the belief that TCM has fewer side effects on the body. Despite the acceptance of TCM in China and the large global market, Western-trained physicians and biomedical scientists still challenge the efficacy and scientific significance of the traditional medicinal system. [1] These critics still view TCM practices as potentially dangerous and unsupported by clinical trials. The inclusion of TCM in the International Statistical Classification of Diseases and Related Health Problems (ICD) only heightened Western concerns about the spread of TCM. [4] However, this inclusion of TCM in the ICD revisions of 2019 represented the WHO’s appreciation for the past contributions of TCM to global health, and it is a critical step in the integration of TCM with Western medicine. [5]

One of the major barriers to the acceptance of TCM within modern medicine is the aspect of Qi, Yin, and Yang, which are all difficult to validate quantitatively. The diagnosis and treatment of the same illnesses also differ in modern medicine and TCM [2].  Additionally, colonization and war with Japan led to the adoption of restrictive cultural policies in China that impacted the prestige of TCM. Western influence on TCM also resulted in the separation of mystical and religious aspects of the therapeutic practices. [3]

Despite the difficulty validating some of the theories associated with TCM, there is no doubt that this traditional healing practice has potential for the exploration of health and disease. Proof of this potential can be found in the success story of the discovery of Artemisinin (Qinghaosu) from a Chinese herb. Artemisinin is used against the life-threatening disease Malaria, caused by Plasmodium falciparum. Due to the antimalarial effects of Artemisinin, this discovery led to a new era of anti-malarial treatment.[2] Outside of the discovery of Artemisinin, the globalization and growth of TCM have continued to expand, and it is practiced in around 183 countries and regions across the world. Of these countries, 103 have approved the practice of acupuncture and moxibustion, 29 have enacted special statures on traditional medicine, and 18 of the countries have included TCM practices like acupuncture in their medical insurance provisions. [1]

As TCM continues to grow and spread, a hybridization model of medicine that equally values both TCM and modern medicine has untapped potential and could emphasize the cultural identity and significance of TCM, and other traditional healing systems, in the modern world of medicine. TCM has therapeutic value, and the combination of TCM with modern medicine has already proven itself to have significant health impacts. [3] 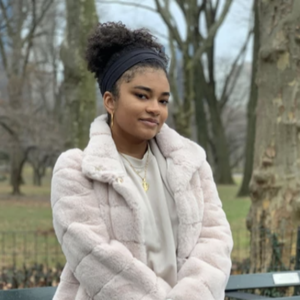