ATLANTA, GA. – She stood up as if she had somewhere to be, and immediately sank back down into her chair. Helen (whose real name is withheld for medical privacy), was fidgeting and frantically looking around the room. It had been only been five minutes since she walked into Ponce De Leon Center’s housing program waiting room, but she couldn’t seem to wait any second longer.

“I’m homeless,” she said. “I woke up homeless today. I’ve never been homeless before.”

The Ponce De Leon Center is one of Atlanta’s largest, most comprehensive medical facilities dedicated to the treatment of HIV/AIDS, especially for those who are under- or uninsured. Founded in 1986, the Center provides various medical and support services such as dental care, connections to housing programs, and treatment to approximately 5000 men, women, adolescents, and children living with HIV/AIDS. It is located in Midtown Atlanta and federally funded by the Ryan White HIV/AIDS Program.

“I hope they find me a place to stay,” Helen went on. “I’ve been living in a motel with my partner for a few months.” She gestured to 5 large tote bags lined up around her chair. “This morning they knocked on my door and told me he checked out and left,” she said. “I packed up everything I owned that I could carry and came here.”

Sitting on the edge of her chair, she took out a wrinkly Ziploc bag — made opaque by the friction of abundant nickels and pennies – and pulled out a Marta card. “I have this card for the subway, but I can’t go nowhere because I got no dollars to charge my card with,” she said. “I hope the shelter lady will figure something out for me.”

Earlier this year Living Room, one of Atlanta’s largest providers of housing for HIV/AIDS individuals, lost its contract in a dispute with the city. The city argued that Living Room did not provide adequate services, while Living Room filed a lawsuit stating the city was withholding funding because Living Room’s executive director spurned the sexual advances of a city official. Current investigations are looking into these disputes. The city had $23 million dollars in funds for their Housing Opportunities for Persons With AIDS (HOPWA) program, which is used to provide funding for the non-profit organizations in the city providing housing for HIV/AIDS individuals. They are currently being federally investigated for not using millions of their funding, even though there is still a heavy lack of housing for people living with HIV/AIDS in Atlanta.

AIDSVu’s local Atlanta data shows that more than 37,155 people are living with AIDS in the city. Georgia itself is ranked 5th highest in the nation for new HIV diagnoses, with Atlanta being a hotspot for the epidemic. With an increase of unaffordable housing, many of the city’s HIV-positive individuals are left with unstable housing situations, and some end up living on the streets.

There is a strong relationship between homelessness and HIV. CDC data show that poverty, not race, is the strongest predictor of HIV infection among heterosexuals in urban areas. Studies have also shown that individuals living with HIV/AIDS who are homeless or lack stable housing are more likely to delay HIV care and less likely to access care consistently in order to reach viral suppression. Without reaching undetectable levels of the virus, the individual will be at risk for opportunistic infections, and can also spread the virus to others.

Without the support of Living Room, more than 20 counties near Atlanta are left with no central intake of homeless HIV/AIDS individuals. Smaller nonprofit agencies that continued to receive funding from the city have been scrambling to try to take in the substantial number of clients Living Room had to let go.

One of these agencies, Positive Impact Health Centers, has particularly felt the impact of the closure of Living Room.

“Our operations aren’t as large as what Living Room’s were, and we’ve been trying to provide housing for the patients from Ponce de Leon Center – but we just can’t do it for everyone. We’ve had to turn away a lot of people,” said Alphonso Mills from Positive Impact Health Centers. “At Positive Impact Health Centers, we believe in the ‘housing first policy’, and if we can get these HIV/AIDS positive individuals housing, we know that it will be much easier to get them back on their feet.”

A study looking into housing instability and HIV medical adherence found that antiretroviral medication adherence is positively associated with housing stability. This means that there is a higher chance of medical adherence after the patient finds stable housing. The study also found that efforts to adhere to medication end up competing with other survival needs such as food and shelter. A lack of shelter and inability to adhere to treatment therefore poses a tremendous threat to an HIV positive individual’s ability to continue working.

By alleviating housing as a stress factor for HIV positive individuals, they can focus on improving other aspects of their health and wellbeing – including their medical adherence. A systematic review found that 75% of existing research reported higher levels of viral suppression in stably housed individuals compared to those who were struggling with housing. Research has also found that a lack of stable shelter was an indicator for unmet subsistence needs, such as food and hygiene, and had a strong effect on overall physical and mental health. The evidence makes it clear that stable housing goes hand in hand with increased mental health and general physical wellbeing.

The nature of HIV/AIDS treatment requires each patient to take their antiretroviral therapies every single day for the rest of their lives. By adhering to the regime, their viral load can remain undetectable, and they are able to live a near normal, healthy life. This is all to assume that HIV/AIDS is the biggest obstacle in their lives. Many of the Ponce De Leon Center’s patients are struggling with unstable housing, which means that for most of these individuals, living with HIV/AIDS is not even on their top list of priorities.

“Many of my patients struggle with substance abuse and mental health disorders, so there’s a lot going on keeping them from taking their medication,” said Dr. Sophia Hussen, a clinician at the Ponce Center and an assistant professor at the Rollins School of Public Health. “The instability of their living situation can easily throw them off their meds.”

“I have a patient who used to live with his grandmother. She died and he had to move out, but he couldn’t afford housing so he ended up homeless and sleeping in an abandoned building every night,” she continued. “In the beginning he was really adamant about taking his medication. Now he has a hard time staying virally suppressed,” Dr. Hussen paused. “Now that I’m thinking about it, I don’t think I’ve seen him in the clinic for a few months.”

These context-specific barriers are what make living with HIV/AIDS in Atlanta especially challenging. On top of all of these barriers, HIV/AIDS individuals who struggle financially also face the barrier of public transportation. According to a 2018 Bloomberg analysis, Atlanta has the largest income disparity in the country. It is also one of the worst cities in the country to commute by public transit. A study found that only 10% of metro Atlanta’s residents can get to and from work in under 30 minutes via public transit. This contributes to Atlanta’s extremely low social mobility, and is a tough barrier for HIV/AIDS patients that need access to treatment.

D’Angelo Morrison works at the Ponce De Leon Center as a patient navigator. He guides patients in order to ease them into their diagnosis, and helps them navigate through certain barriers they may have to adhere to treatment. D’Angelo is HIV positive himself, and his experience helps his patients know that they are not alone, and that a diagnosis is not the end. When D’Angelo first moved to Atlanta a decade ago, he was also struggling with homelessness.

“As a homosexual young man, it’s definitely hard being homeless in Atlanta. Back then I didn’t even know there were resources available to connect me to a home… I never actually ended up finding one.”

D’Angelo left Atlanta because of the difficulties he faced securing housing, and came back a few years later when he had the financial stability and connections available to have a more stable life.

“I know how hard it is,” he said. “I want the patients at the clinic to have access to the resources that weren’t available to me.”

Vivian is a 2021 of Emory University, where she majored in Human Health and minored in Political Science. She is especially interested in public policy, infectious diseases, and expanding access to healthcare. She is currently working at Novartis Shanghai as an assistant in the CSR department, and is also an incoming MPH candidate at Columbia University Mailman School of Public Health, where she will be focusing on the health policy and management track and a certificate in global health. Tsao wrote this story for HLTH 385W, Health Writing and Narratives, in December 2019.

Student Highlight: Vivian Tsao is a 2021 of Emory University, where she majored in Human Health and minored in Political Science. She is especially interested in public policy, infectious diseases, and expanding access to healthcare. She is currently working at Novartis Shanghai as an assistant in the CSR department, and is also an incoming MPH candidate at Columbia University Mailman School of Public Health, where she will be focusing on the health policy and management track and a certificate in global health. Tsao wrote this story for HLTH 385W, Health Writing and Narratives, in December 2019. 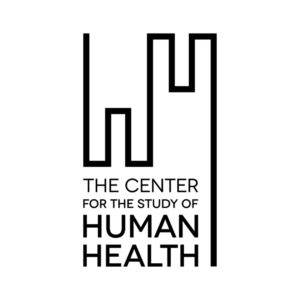