Over the past decade, social media has gained popularity at an unprecedented rate. In 2020, the worldwide number of social media users jumped to 3.81 billion people, an immense leap from the 2.07 billion social media users in 2015. This rise in social media popularity has proven to be both a beneficial and detrimental technological advancement. On one hand, it connects individuals to communities, helps people find love or their long lost sibling, and updates users on global news and methods of helping those in need. On the other hand, some studies have identified negative mental health effects of social media, linking excessive use to an increase in depression and anxiety in teens and young adults in particular.[1] While the conclusions of these studies often contradict, the general consensus is that young people are beginning to frequently use social media for everyday interactions.

Public awareness of police killings of unarmed Black Americans has been galvanised by the high-profile deaths of Oscar Grant, Michael Brown, Eric Garner, Sandra Bland, Walter Scott, Breonna Taylor, Freddie Gray, George Floyd, and Stephon Clark, among others. Black Americans are nearly three times more likely than are white Americans to be killed by police–accounting for more than 40% of victims of all police killings nationwide–and five times more likely than are white Americans to be killed unarmed. The trauma associated with witnessing police killings of Black Americans can be experienced vicariously, affecting those who may not even be directly associated with the murder victim. Police killings may compromise mental health among other Black Americans through various mechanisms including heightened perceptions of systemic racism and lack of fairness, loss of social status and self-regard, increased fear of victimisation and greater mortality expectations, increased vigilance, diminished trust in social institutions, reactions of anger, activation of prior traumas, and communal bereavement.[2]

The continuation of systemic racism has led Black communities to continue trauma responses over generations through DNA methylations and other DNA modification mechanisms[3], but how exactly does the hypervisibility of Black death on social media affect the severity of these stress responses? The witnessing of Black death on social media seems almost unavoidable. The sharing of Philando Castille’s shooting which was filmed and broadcasted on Facebook by his girlfriend was shared over 5 million times on Facebook alone, excluding any sharing and interactions on other social media platforms such as Twitter or Instagram.

“It’s upsetting and stressful for people of color to see these events unfolding… It can lead to depression, substance abuse and, in some cases, psychosis. Very often, it can contribute to health problems that are already common among African-Americans such as high blood pressure.”

Scrolling through social media platforms days after the video of George Floyd’s death surfaced, the pain and anger were evident. Several users were commenting on the brutality of his death, the devastation of his loss, and the rage they felt at the sheer inconsideration for Black lives simultaneously. This is exhausting to most people. One user, six days after George Floyd’s murder, tweeted:

“Social media is emotionally exhausting and draining and triggering but I can’t physically drag myself away, is anyone else feeling like this?”

The responses to this tweet are overwhelmingly in agreement with over 10.9k retweets and 33.5k likes. Black Lives Matter activist Britney Packett recounts the moment she watched the video of Tamir Rice’s murder and the pain that accompanied it: “I saw the Tamir Rice video while sitting in the parking lot next to the park where he was killed. In hindsight, did I need to feel that pain watching the video in order to fully absorb what clearly was a tragedy? No. So why did I? Pressure.”[4] Indeed, the pressure activists feel to deliberately expose themselves to trauma porn is immense, and the resulting mental pain, the chest tightness, and the physical revulsion are all symptoms of the hypervisibility and consumption of Black death.

What Should We Do Moving Forward?

The first step is recognizing when enough is enough. April Reign, a former attorney and now managing editor for Broadway Black, says “recognize that if you’re numb, that means something. If you’re breaking down in tears, that means something… Understand it, and actively move toward healing yourself.”[4] While the task of healing may be daunting, the Association of Black Psychologists have released guidelines for how to properly care for yourself when we are experiencing racial stress or trauma:[5]

Change begins at the individual level, and if your mind, soul, and body are taxed and exhausted, you are not using your full potential. Take care of yourself. 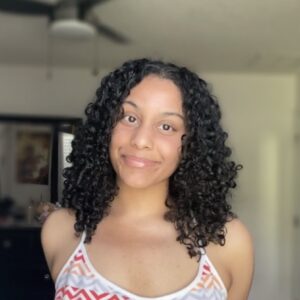