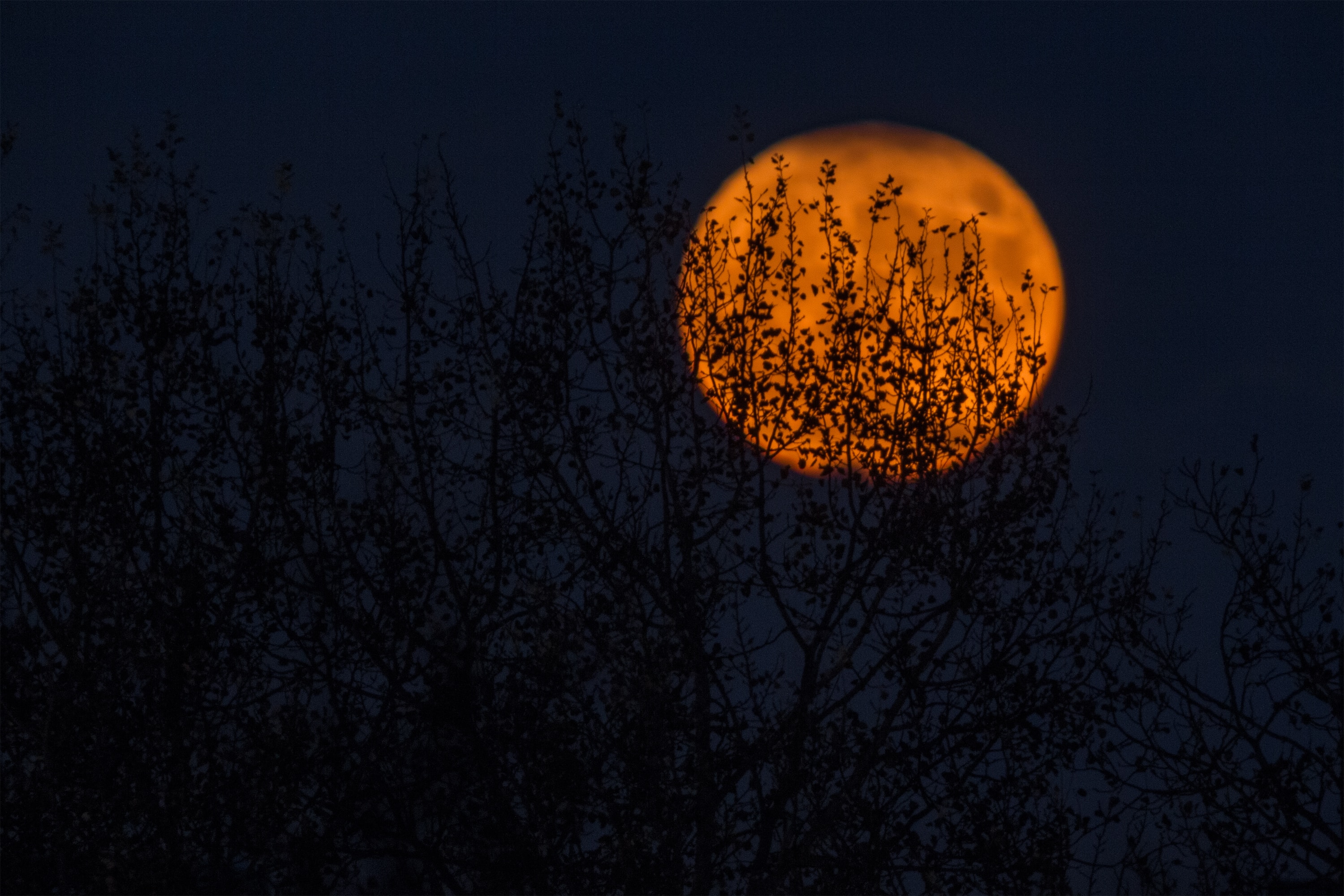 There are many things to be afraid of on Halloween. Ghosts, monsters, witches’ brew, and even vampire attacks. But after the initial shock of the attack ends, the victim might wonder: could he have been exposed to HIV? As it turns out, the answer might be yes. Depending on the situation, vampires could leave their victims with a diagnosis they never had before. This is a story of the undead, mutations, blood, and guts–and it is all real.

HIV (Human Immunodeficiency Virus) emerged in the twentieth century. Interestingly enough, the virus itself could be considered a member of the undead. Although viruses have genetic material (ie. DNA and RNA), they cannot reproduce by themselves. They are essentially a cluster of proteins and molecular machinery that can invade and take over a cell, but without a life force to latch onto, they are powerless. It’s a situation not unlike horror movies in which aliens abduct humans to implant alien fetuses–as technologically advanced as the aliens are, they need humans (or other animals) in order to reproduce.

But despite the alien analogy, viruses are one of the most ancient inhabitants of this planet. They have survived the eons with the help of random genetic mutations. The mutations that make any virus particularly dangerous or deadly are passed on to the next generation of viruses. This deadly inheritance game has helped viruses evolve into the forms we know them as today.[1]

The direct ancestor of HIV is called SIV, a virus that only affects chimps. One day (we don’t know exactly when, but probably in the late nineteenth or early twentieth century), SIV mutated to affect humans as well. According to Radiolab, this mutation probably occurred after a hunter killed an infected chimpanzee, possibly for food. Either in the act of killing or in the cleaning process that followed, some of the infected chimp’s blood splashed onto an open wound of the hunter’s. This one spillover event, though theoretical, may have changed the course of billions of lives, and redirected human history itself. But this story begs the question: how does a tiny virus spread from one life form to another?

The CDC website explains that HIV is transmitted through certain bodily fluids, including blood, semen, pre-seminal fluids, vaginal fluids, rectal fluids, and breast milk. For transmission to occur, an infected fluid must come in contact with a mucous membrane (mainly in the vagina, penis, rectum, or mouth), open wound, or blood of the person being infected. The most common way that HIV is spread is through unprotected sex. It can also be spread through using a needle or syringe that has been contaminated with the blood of an infected person. HIV is NOT spread through saliva, sweat, tears, close-mouthed kissing, or sharing a toilet. Although some Twilight-esque situations may occasionally occur, it appears that vampiric transmission of HIV is more likely to occur via contaminated blood.

While vampire bites have not specifically been studied, we can approximate the HIV risk of a vampire bite by looking at other situations we do know more about. For example, we know that if someone with HIV uses a needle, then gives the needle to someone else to use, the second person is at risk of contracting HIV. Similarly, if a vampire drinks the blood of an HIV-positive person, then immediately attacks someone else, there could be blood passed between the two victims. Unless the vampire has brushed his teeth between meals, he probably still has infected blood on his fangs. Thus, the second victim (assuming he survives the vampire’s attack) would be exposed to HIV. After escaping from the vampire, this person should start taking HIV medicine as soon as possible. With medication, HIV is a manageable disease. And even better, regular HIV medication can reduce the levels of virus in a person so much that the HIV-positive person, though not cured, is very unlikely to spread the disease.

However, there are illnesses that can be spread through bites, including mosquito-borne diseases such as dengue and Zika. While some diseases can be transmitted through mosquitoes or biting insects, HIV is not one of them. This is because mosquitoes immediately digest their blood meals, and have chemicals that break down HIV to help with that process. And while diseases like rabies can be spread through the bite of an infected dog, most animals are unaffected by HIV and cannot contract the virus. However, if a dog bites someone with HIV and immediately bites an HIV-negative person, transmission is possible.[2]

In extremely rare cases, HIV has been spread by a human bite. However, for a human bite to spread HIV, the infected person must be at an advanced stage of the disease, the skin must be broken, and blood must be present. If skin is not broken, then there is no risk of HIV transmission. Therefore, if a vampire has HIV-positive blood left on his fangs and breaks the skin of his human victim, then HIV transmission is possible. But as discussed before, HIV cannot live very long by itself. Studies have shown that it can survive up to 42 days on a used drug needle, so even if a vampire only feeds once a month, it is possible that he still might have live HIV lingering on his fangs from his last meal (if that last meal was HIV-positive, that is).[3]

The fact that HIV can’t live for long without a host cell has important ramifications on vampires’ susceptibility to the disease. Despite the possibility of spreading HIV through cross-contamination of victims’ blood, vampires themselves are immune to it. HIV needs a living host cell, but vampires are undead, and therefore have no living cells. This protection means that they can drink the blood of someone with HIV without putting themselves at risk of infection.

Garlic has long been touted as an effective precaution against vampires. While it may help to keep the undead at bay, some controversy remains about its effects on HIV. During the period of AIDS denialism in South Africa, President Thabo Mbeki questioned whether HIV was actually the cause of the AIDS outbreak ravaging the country, and whether antiretroviral drugs would be an effective treatment. While the president resisted efforts to make antiretroviral therapy more widely available, his health minister, Manto Tshabalala-Msimang, suggested a diet of garlic, beetroot, and lemon juice as an effective AIDS remedy.

Researchers estimate that 365,000 people died unnecessarily of AIDS-related causes due to Mbeki’s policies. While garlic is a superfood that can bolster the immune system, the body’s main defense against infection, diet by itself cannot prevent or cure HIV infection. And actually, garlic can have dangerous interactions with some of the drugs used to treat HIV.[4]

While vampires may seem like creatures ripped from the pages of fantasy novel, many people identify as real-life vampires. Unlike their supernatural counterparts, real-life vampires are normal, mortal human beings. They usually don’t bite their victims, but use a small scalpel to cut an incision in the victims’ skin, from which the vampire then drinks. Usually, a tablespoon once a week is enough, and real-life vampires feel this infusion renews their life force, similar to a healthy diet or cup of coffee. The desire to drink blood is called hematomania, and is marked by an addictive thirst for blood that will produce withdrawal-like symptoms if unmet. And luckily, the real-life vampires only drink from people who are willing donors, can certify that they don’t have bloodborne disease, and are willing to sign paperwork to prove so. This practice mitigates the spread of disease, so feeding can be safer for everyone.

Vampires (at least the ones from legend) can be scary, but HIV doesn’t have to be. With antiretroviral therapy more available than ever before, people with HIV can live long, healthy, and happy lives. That being said, they should probably take extra precautions to avoid vampires.

Disclaimer: Vampires from legend are not real. While all of the facts cited in this article are true, the scenario of vampiric HIV transmission is entirely hypothetical. 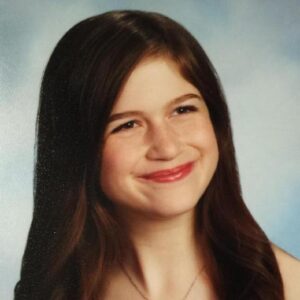 Deanna attended Emory University, where she majored in Creative Writing and Human Health. She has been honored on a national & international stage through several organizations, including Future Problem Solving, the Ayn Rand Foundation, the Outdoor Writers Association of America,…