We live in a visually dominated world. From images on social media to our initial perceptions of people, what we physically see holds immense value. In fact, imagery is so influential that it affects the way we perceive serious topics, such as eating disorders.

We often generalize eating disorders to anorexia and bulimia, which are usually thought of in terms of the physical body. This is because our visually dominated culture discourages discourse on other types of eating disorders that are not as visible, such as binge eating disorder (BED). Despite it being the most common eating disorder in the United States, many have never even heard of it.

Characterized by recurrent episodes of eating large quantities of food in a short period of time, binge eating disorder leads to a lack of control, discomfort, and guilt. So while the disease definitely has effects on the physical body, the impacts are not as pronounced as other eating disorders. Body image isn’t the only cause of binge eating disorder; factors including emotional trauma and other psychological conditions are some of the other several causes of the disorder.

When it comes to eating disorders, weight is seen as a symbol of legitimacy and severity.

Throughout social media, people express their guilt as well as their frustration of having individuals in the medical community question their non-visible pain. Our normative conception of pain is in relation to the body. Thus, when it comes to eating disorders, if physicians do not see problems with the body, they may believe that everything is okay.

On Reddit, there are countless stories of individuals who are too afraid or ashamed to share their issues with those around them. Reddit seems to be a platform where individuals who binge feel comfortable because they can remain anonymous. One user posted that she was so embarrassed to tell her therapist about her binging issues that she decided to “underplay the severity of it.” This woman felt the need to hide her pain because she was afraid the doctor would be skeptical. In what situation would anyone who is in pain think that their doctor was going to question whether or not they are lying? The answer to that should be none; but evidently, it is a common thought and occurrence for those who binge.

Similarly, on Instagram, there are countless stories that demonstrate that the disease is primarily mental, social, and behavioral. People talk about their personal experiences as well as their encounters with physicians. For instance, Instagram user Ella posted four different pictures of herself from the years 2014, 2016, 2018, and 2019. The 2014 picture was when she was at her heaviest and the 2019 picture shows her at her thinnest. In the caption, she talks about how in each picture she suffered from an eating disorder. She goes on to talk about how back in 2014 she had wrongfully thought that “skinny girls didn’t have compulsions to over-eat.” A crucial aspect she brings up is that for years she thought that her body was the issue when in reality it was her mindset.

When it comes to eating disorders, weight is seen as a symbol of legitimacy and severity. Our visually obsessed culture creates stereotypes of individuals who have eating disorders as looking a certain way. The sad reality is that those who don’t fit the mold are ignored and ostracized by their families, physicians, and society.[1] They are regarded as “unwilling” to maintain portion control or normal eating habits. Their problems are discredited and merely seen as overeating and as being easily solvable by lifestyle change.

How can individuals who suffer from binge eating disorder get better if society constantly tells them that their mental battles are “easily” manageable through some self-discipline? The societal perception that binging is not a severe issue perpetuates a toxic cycle of self-disgust and self-hate. Ultimately, there is a need to change the way eating orders are regarded and treated through an all-encompassing framework that includes non-physical factors. And that starts by questioning our current established model of care.

Categorizing between symptoms creates a hierarchy that places bodily symptoms above those pertaining to the mind. Not acknowledging the emotional and mental challenges reduces the severity of the problem and asserts that for an eating disorder to be severe, it must be visible. We must change the concept that the severity of eating disorders is determined by whether or not there are physical manifestations.

At a larger scale, there is a need to recognize that these mind-body separations arise from ideologies we accept as the truth and how these ideologies, in return, minimize mental health issues. When it comes to binge eating disorder, medical hegemony continues to downplay the severity of the disease because of its predominantly non-physical nature. Only when emotional, mental, and social challenges are seen on a par with physical issues will binge eating disorder be recognized as a legitimate disease that impacts millions of people. 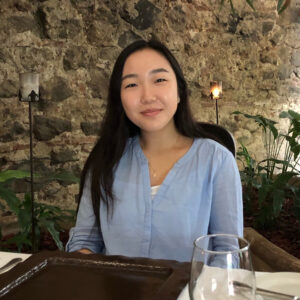