Explained is an enlightening documentary series produced by Vox which, as the title suggests, explains niche topics that allow us to make more sense of the human experience. The show has done so well that it has gone on to make several spinoffs that have a more specific topic. My new favorite has been The Mind: Explained, which discusses the mechanisms behind many psychological phenomena, from dreams to psychedelic drugs.

One episode titled “Anxiety” (and narrated by Emma Stone), explores the history of that emotion, including whether other species experience it. The episode begins by framing anxiety as innate: something that is part of the human experience and can even be helpful. In the wild, anxiety triggers a fight or flight response that gives prey a chance at survival; for instance, impalas can utilize anxiety to fuel their escape from dangerous situations. But in humans, anxiety can be triggered by inconveniences unrelated to life or death, such as paying the bills or getting stuck in traffic. Anxiety has become very common, with studies showing that more than 30 percent of individuals face some form of it in their lives.

Anxiety becomes a disorder when it gets in the way of one’s life. The show host breaks anxiety down into four categories. The first is the belief that something bad is going to happen, such as separation anxiety or specific fears such as arachnophobia. The second is anticipation of evaluation or judgment, such as social anxiety. The third is the fear of losing control, such as panic disorders. Lastly is the fear of uncertainty; generalized anxiety disorder and Obsessive Compulsive Disorder fall into this category.

What I most appreciated about the show as a whole and this episode specifically, is its ability to explain the topic so that even those who don’t experience anxiety have a way of relating to it. For example, one guest explains that the best way to recreate the experience of anxiety is to rapidly breathe in and out, and as he is doing so, the screen slowly gets darker and narrower, and another, comedian Mara Bamford shares anecdotes of her OCD. As the stress of COVID continues to worsen mental health, it’s important to engage with material such as this not only educate ourselves, but to momentarily walk in the shoes of our friends, neighbors, families, and loved ones. 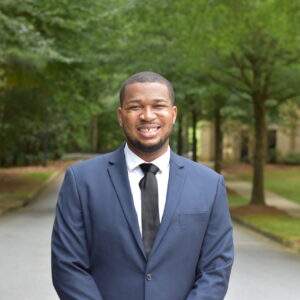 Chris Ejike is a current senior in the College majoring in Human Health with a focus in Epidemiology. He hopes to pursue a career as a Physician Assistant, while also engaging in public health research. In his free time, Chris…