Similar to many of his albums, it’s not necessarily easy to digest. But unlike his previous albums, and unlike most of hip-hop and rap, it dives headfirst into personal trauma and mental health. Throughout the double-sided album, Kendrick reflects on his personal life experiences, asking society if we champion toxic behaviors because deep down we feel woefully inadequate.

Kendrick forces his audience to look in the mirror and question themselves. In “Mirror” he reflects, “Lately, I redirected my point of view / You won’t grow waitin’ on me / I  can’t live in the matrix, rather fall short of your graces.” Through flows and phrases, masterful vocalism, isolated instrumentals, poignant inflection, and thoughtful monologues, he uses himself as an example to “free” those with “hearts filled with hatred” in  “Mother I Sober”.

Throughout the first nine tracks of ‘Mr. Morale’, Kendrick explores the grief that he lives with and that we all experience, and, in the last nine tracks, symbolizing ‘The Big Steppers’,  Kendrick renounces the facades that we front in order to cope with our pain.

Kendrick’s 18-track album is hip-hop’s most jarring since Future cut loose on  Monster in 2014, by taking an unfocused look at Kendrick’s most elusive character: himself.

Mr. Morale and the Big Steppers is one of the first mainstream rap albums to touch on mental health in such a transparent and relatable way. This is an album that everyone can relate to, especially given the pandemic: Mental health is no longer something that we can ignore.  As Lamar says in his opening to “Savior”, “Kendrick made you think about it, but he is not your savior.”

It is time we all stop and reflect on the role we play in our own suffering. Our mental health and wellbeing not only profoundly impact how we feel and navigate our own lives, but it also touches the lives of those we surround ourselves with. 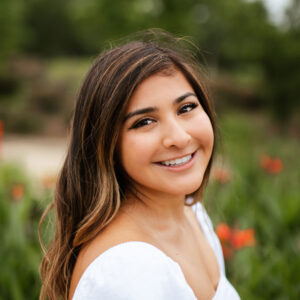 Gabriella Salazar is a second-year student at Emory University. She is studying Human Health and Nutrition Science and plans on pursuing a career in nutritional epidemiology and its implications on disordered eating. In her free time, Gabriella enjoys teaching Bikram…