The most-watched Netflix series uses the “true crime” genre to surface questions about psychopathy, trauma, and trust in authority

Jeffrey Dahmer was an American serial killer who committed ghastly crimes — necrophilia and cannibalism among them — on 17 men and boys between 1978 to 1991. Netflix’s ten-part miniseries, Monster: The Jeffrey Dahmer Story, was
the most-watched of its release week and is currently its No. 1 most-popular series. The decades-long interest in Dahmer stems from his frightening crimes, of course, but also from the unanswered “why” of how he became the Milwaukee “monster.” The story balances the privilege inherent in his race and gender against his traumatic childhood environment and psychopathic tendencies. Although the authorities at the time could not explain Dahmer’s depravity, shown when he drove around to look for roadkill as a boy or obsess over dissecting animals, the show portrays this as the result of a lack of attention, affection, and acceptance of his gender identity from his family, especially his father. Throughout his life, Dahmer showed many red flags; he was an alcoholic, a college dropout, and was given a 1-year probationary sentence He was even diagnosed with borderline personality disorder, schizotypal personality disorder, and a psychotic disorder. Yet, his calm and nonchalant behavior in court shocked the country. The ultimate question that arises from this case study is: who was to blame? Was it Dahmer, his uncaring family, or the society that looked on from the sidelines? 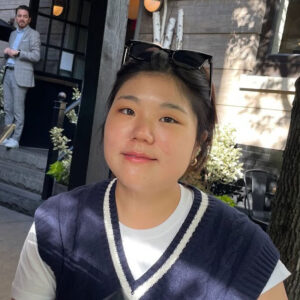 Emily Kim is a current senior at Emory University, studying Chemistry and Neuroscience. She is also an undergraduate researcher at Rollins and currently on the pre-med track. She is glad to be reading and writing about medicine through ExploringHealth. Aside…