Everything You’ve Always Wanted to Know About Inflammation, Stress and Depression

The realization that inflammation contributes to most modern illnesses has been called one of the most important medical discoveries of the last century. Inflammation contributes to heart disease, stroke, diabetes and dementia. We now know that inflammation also plays a central role, not just in physical illness, but also in psychiatric disorders. Increased inflammation has been repeatedly observed in individuals with depression, manic-depression, schizophrenia and most other mental disorders. If you’ve ever wondered what this all means, in this podcast Dr. Andrew H. Miller joins host Charles Raison to talk about what inflammation is and how its association with mental illness was discovered. Dr. Miller, who is the William P. Timmie Professor of Psychiatry and Behavioral Sciences at Emory University, has been a world leader in unraveling how inflammation produces depression and how addressing inflammation might help identify new treatments for this disabling condition. Join us on this podcast to hear the history of this psychiatric and medical revolution from someone who made much of it happen.

This episode is Part 1 in a two-part series.

No Kidding | Dr. Makeba Williams: Puberty & What to Expect
Dr. Makeba Williams, Director of the Division of Academic Specialists in Obstetrics and Gynecology at the University of Wisconsin-Madison, specializes in the changes that women go through at the various stages of their life. Dr. Williams and Eleanor discuss puberty in children and what to expect.
Dr. Andrew Miller: Part 2 – Inflammation and Depression
In this Part 2 episode with Dr. Andrew H. Miller, we explore why humans have an inflammatory bias, why the link between inflammation and depression likely enhanced survival and reproduction across human evolution and why the absence of co-evolved bacteria, viruses and worms in the modern world is making both inflammation and depression worse.
Dr. Carla Haack: A Surgeon’s Journey to the Heart of Health
Yoga as a Means of Physical, Mental and Spiritual Health. Join us on this episode as we discuss with Dr. Carla Haack the many surprising ways in which yoga and surgery can inform each other to provide an inspiring vision of medicine characterized by a commitment to healing the body, mind, and spirit. 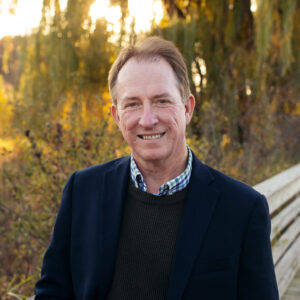