Ted Flores was in his early twenties when he was first introduced to opioids following a car crash. For six years, he battled a constant cycle of withdrawals from taking more than what his physician prescribed, often developing flu-like symptoms and missing work. While Flores was lucky and received Suboxone to become clean, many others were not.

The rise in synthetic opioid overdoses began in the 1990s as a result of the drastic increase in prescription opioid medication. While the origins of the opioid epidemic are largely debated, many attribute Purdue Pharma, a privately owned pharmaceutical company, for its role in exacerbating the epidemic. Aggressively marketed as “less addictive and prone to abuse” than competing painkiller opioids, Purdue’s top-selling drug OxyContin left the nation in a legal debacle and public health crisis.

History of the opioid epidemic

In 1996, Purdue first introduced OxyContin as a “miracle drug,” which was meant to treat patients with chronic pain illnesses such as cancer. Patients who were in pain for years were suddenly pain-free. Others who suffered from pain-filled insomnia finally experienced undisturbed sleep. Even the research supported the notion that OxyContin was indeed a “miracle drug.” Under a slew of lies and marketing schemes, Purdue attracted millions of physicians into prescribing OxyContin. As a result, the lack of information and ethical research regarding addictive opioids eventually led to the beginning of the opioid epidemic in the late 1990s.

“The prescription opioid epidemic started with the very good, well intention of treating those patients suffering from pain, but with a lack of resources to do it properly, and with an overconfidence that opioid use in patients with pain were safe, that they wouldn’t become addicted,” said Dr. Nora Volkow, Director of the National Institute on Drug Abuse. “Unfortunately, we realized that isn’t correct.”

In 2010, the second wave of overdose deaths surged from heroin, another highly addictive opioid. The use of heroin in drug cocktails made individuals more susceptible to overdose. Heroin users often shared needles to inject the drug, adding to the risk and number of HIV, Hepatitis B, and Hepatitis C infections.

The third wave occurred in 2013 with the rise of synthetic opioids, particularly fentanyl, which was 50 to 100 times more potent than morphine. Physicians prescribed fentanyl to treat severe chronic pain, unaware of its highly addictive nature. Illicitly manufactured fentanyl was often made in combination with other drugs such as heroin, counterfeit pills, and cocaine, increasing overdose risk.[1]

Over the years, opioid-related lawsuits brought attention to the role that large-scale pharmaceutical firms such as Johnson & Johnson, Purdue Pharma, and Insys played in the epidemic. These companies assured physicians that addiction was “rare and that long-term use was safe and effective,” often exaggerating the benefits and downplaying the disadvantages to opioids.

One of the most syndicated pharmaceutical controversies in the late 1990s to 2000s centered around Purdue’s role in pushing physicians to prescribe OxyContin through misinformation and bribery. The pharmaceutical company has acquired over 2,500 drug overdose-related lawsuits and accusations of wrongly claiming that OxyContin’s controlled-release formulation was “less addictive, less subject to abuse and diversion, and less likely to cause tolerance and withdrawal than other pain medications,”.[2]Â

“Purdue learned that one doctor, known by patients as ‘the Candyman’, was prescribing ‘crazy dosing of OxyContin,’ yet Purdue Pharma ignored this information and had sales representatives meet with the doctor more than 300 times,” reported the US Department of Justice in an announcement in 2020.

Companies like Purdue and Insys continued to profit off the opioid epidemic through off-label marketing. One example cited a physician’s assistant who practiced at a pain clinic in Somersworth, New Hampshire, and received monetary benefit from overprescribing Subsys, Insys’ opioid drug. The drug was only FDA-approved for “breakthrough cancer pain” management and patients who were already previously tolerant to opioid therapy as a result of their cancer treatment.Â

When the FDA approves a drug for a specific illness, it’s illegal for pharmaceutical companies to participate in off-label marketing— marketing a drug for any purpose other than the symptoms approved by the Food and Drug Administration (FDA). For physicians, however, prescribing off-label is not illegal.

“The problem is that the [drug] industry looks at fines as the fee for the license to break the law,” Reuben Guttman, attorney and adjunct professor at Emory Law, told me. “What we’ve seen in this country is that the drug industry looks at FDA approval as a mechanism to get the camel’s head under the tent, and then figures out how to get the rest of the camel’s body under the tent.”

Opioid manufacturers aren’t the only ones with a slew of ethical violations. In a study published by The Journal of the American Medical Association, federal authorities penalized 22 out of the top 26 pharmaceutical firms in the United States for illegal activity occurring from January 2003 to December 2016.[3] The study found that the most common behaviors involved pricing violations, non-FDA-approved marketing strategies, and bribing physicians for excess prescriptions.

“If you’re going to intentionally, knowingly break the law, your profits have to be so significant that when the FDA comes knocking and they hit you with the $425 million penalty, you’re still smiling,” said ex-FDA special agent Greg Tremaglio in an interview with 60 Minutes. “You’re sad in front of them, but when you walk out the door, you’re smiling. You’re smiling because you just made a billion dollars worth of profit. And it’s worth it to them. It’s worth it.”

“Purdue learned that one doctor, known by patients as ‘the Candyman’, was prescribing ‘crazy dosing of OxyContin,’ yet Purdue Pharma ignored this information and had sales representatives meet with the doctor more than 300 times,”

To reduce corruption, the American Medical Association Journal of Ethics published an article urging the FDA to enforce marketing regulations, gather long-term safety and effectiveness data, and manage conflicts of interest with the organization. Guttman echoed these concerns, noting that ethical standards within the medical and pharmaceutical industry should be enforced.

“There needs to be some national transportation safety board investigation in some centralized publication that educates the market when these drugs have been misused,” Guttman said.

To remedy the effects of the opioid epidemic, experts at the American Medical Association suggest educating medical personnel on substance use disorders and pain management, decreasing unnecessary opioid prescriptions, improving access to drug monitoring programs and naloxone. The CDC revealed in a 2018 report that in rural counties “primary care providers wrote only 1.5 naloxone prescriptions per 100 high-dose opioid prescriptions — a marker for opioid overdose risk — and over half of naloxone prescriptions required a copay.” The report also suggests that healthcare providers and pharmacists ensure that healthcare facilities are readily equipped with naloxone and urged health insurers to reduce out-of-pocket naloxone costs and cover naloxone prescriptions without prior authorization. Removing prior authorization coverage, as one study published by JAMA suggested, could increase the use of naloxone.[4] Improving the use of naloxone may reduce the number of drug overdose deaths, which could help counter the opioid epidemic.

But short-term policies and opioid addiction treatment are only part of the solution. Research suggests that naloxone laws may not be the best course of action, with one study citing a 14% increase in opioid-related mortality after policymakers implemented naloxone laws in the Midwest.[5] The study revealed that while naloxone “has great potential as a harm-reduction strategy,” access to the drug may encourage “riskier behaviors with respect to opioid abuse.”Â True policy reform involves long-term strategies in order to provide sustainable solutions.

“The chief weakness of policies toward the opioid epidemic has been to approach it as a short-term crisis that can be resolved with 2 or 3 year federal grants,” said drug policy expert Keith Humphreys over email. “In truth, there will always be addiction, which means we must permanently equip health care and public health systems to deal with it.”

The current COVID-19 pandemic has contributed to the opioid epidemic significantly, reversing previous efforts dedicated to mitigating the opioid epidemic. To remedy this issue, experts at the National Institute on Drug Abuse have urged integrated approaches towards expanding medications for opioid use disorder, such as expanding naloxone distribution to help reduce overdose rates that have been heightened during the pandemic.[5] 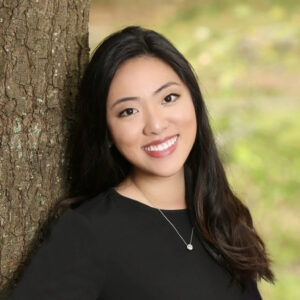