Over its centuries-long evolution, modern medicine has earned the reputation for being a profession informed by objectivity and logic, rarely being associated with religion or spirituality. Despite having some of its earliest ties with religious institutions like the Roman Catholic Church–some of the earliest practitioners and nurses being monks and nuns–the turn of the 19th century produced a significant paradigm shift within Western medicine, one with a distant focus on the spiritual components of health once emphasized.[2,3] Shifting to operate under the biomedical model of health, the field’s intentional focus on the physicality of health and biological basis of disease has become one of the leading critiques against it, as a growing base of evidence suggests the need for a more integrated approach to care.[3] Within this reformed framework–the biopsychosocial model–sits a renewed emphasis on spiritual health.

The idea of a more comprehensive mode of medical practice is not as new it might seem. In fact, the biopsychosocial approach, which emphasizes a systematic approach to healing that considers the various biological, psychological, and social factors influencing health, was first proposed in the 1970s by American psychiatrist, George Engel.[3] Since then, other prominent minds and organizations within the medical establishment, including the Association of American Medical Colleges (AAMC) and the National Institute of Health (NIH), have been working to transform medical training and practice to incorporate this new “person-centered” philosophy.[3,6] It is only more recently, however, that spirituality has been thrown into the mix.

A growing body of medical literature not only suggests that patients desire to have their spiritual beliefs acknowledged by their healthcare providers, but also that tending to patients’ spiritual needs might help to improve health outcomes. A 2004 study of roughly 900 family care patients in Ohio found that 83% of participants wanted providers to ask about their spiritual beliefs.[1,4] When asked why, many hoped that providers initiating this kind of dialogue might help them get to know patients better, ideally encouraging more empathetic care practices and possibly even referrals for additional therapies (e.g., spiritual counseling). In a similar study, 77% of patients expressed similar sentiments, while only 10-20% reported their physician making such inquiries.[1,5]

Other studies, including those leading to the discovery of the “placebo effect,” support the healing power that spiritually-derived optimism can have for patients in their quests toward recovery.[5,6] In one such study of 40 heart transplant recipients, those with spiritual commitments were more complaint and expressed less feelings of anxiety or despair concerning their health, both of which are linked to better health outcomes. Even in terminal cases, having access to spiritual resources and resolutions has been shown to increase comfort and ease acceptance for patients and loved ones.[5]

Advantages of regard for patients’ spiritual values also seem to extend to providers in their work. A survey of patients at the University of Pennsylvania found that 94% of respondents who identified as religious or spiritual felt more comfortable with providers who showed interest in their spirituality and spiritual history.[5] Even among those without any religious or spiritual affiliations, 50% of respondents in this group thought that it was appropriate for a provider to at least inquire about spiritual beliefs in instances of severe illness. From the provider perspective, physicians who have engaged in these practices have reportedly found it easier to build trusting relationships with patients, which can have positive consequences for both compliance and prognosis.[5]

In spite of the evidence, with the exception of palliative care–which conventionally offers religious and/or spiritual support for candidates–there is still no overwhelming consensus as to the need for spiritual care implementation in modern medical practice. Thus, some considerable barriers and resistance to implementing spiritual care in patient-provider relations exist, one of the foremost one’s being a question of appropriateness.[2,3]

Particularly in the medical discipline, many providers are of the opinion that discussing spiritual beliefs and/or offering spiritual counseling may violate certain professional boundaries, ultimately confusing the established roles and responsibilities of providers to their patients. Others express feeling that other professionals, such as healthcare chaplains, have more suitable training and experience for the role. Still others cite their own lack of spirituality as a barrier to successfully navigating such conversations, which can admittedly be sensitive in nature.[3] Other arguments consider the lack of clinical trials establishing a causative relationship between spiritual care and favorable patient outcomes.[2]

Despite opposition, many–patients, clinicians, prominent healthcare organizations–see promise in a spiritual health-informed medicine and are exploring ways of integrating spiritual care practices into existing interventional approaches. Since 1999, for example, the Joint Commission on Accreditation of Healthcare Organizations has mandated that pastoral and spiritual services be available for patients in in-patient facilities.[5] Even before this, in 1996, the George Washington University School of Medicine pioneered a spirituality and health elective requirement for students, with several other programs following suit not long after. Initiatives like this continue to emerge and persist as the interest in spiritual health becomes more pronounced throughout healthcare.[6]

For many of us, spirituality serves as both a lens through which to appreciate the good in our lives and as a coping tool to find comfort and meaning in trying moments. Whether a subjective and intangible force like this has a place in a discipline like medicine, even in science more generally, has been an age-old subject of debate. Yet, the more attuned we become to human nature and our sheer complexity as beings the less confused spirituality’s place in science-based health seems to be. Even still, the push in recent decades to further humanize healthcare, medicine included, stands to do lasting universal good for current and future patients, irrespective of spiritual status. 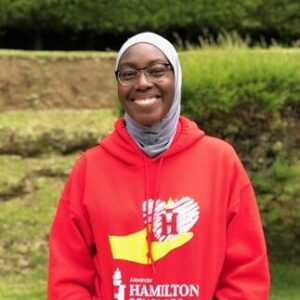