One in three people in America is affected by loneliness. In fact, the average household size in the U.S. has declined in the past decade, leading to a 10 percent increase in people living alone.[1] Loneliness is a state of mind that accompanies the perception that one’s social needs are not being met by the quantity or the quality of one’s social relationships. However, social connections are not sufficient indicators of loneliness.[2] People can live solitary lives and not feel lonely, and conversely, they can live rich social lives and feel lonely nevertheless. Because of this, it is difficult to determine who exactly is suffering from loneliness. Common triggers for loneliness include a geographic move, a major health change, widowhood, job loss or retirement. Many of these triggers primarily affect older individuals.[1]

Forty-three percent of elders report feeling lonely on a regular basis. With advancing age, it is inevitable that people lose connections with their friendship networks and that they find it more difficult to initiate new friendships and to belong to new networks. Older adults suffer more from chronic illnesses and cognitive impairments that make them more susceptible to loneliness.[3]

Loneliness is a very common experience among the elderly and has serious public health implications.[5] Researchers have found a direct relationship between feeling lonely and increased blood pressure in middle-aged and older adults.[1] Loneliness has also been linked to a decrease in life expectancy among older individuals in whom declining economic resources, illness, widowhood, and impaired mobility may result in an increased risk of social isolation.

It is known that social ties and strong social connections are protective against various mental and physical health issues.[2] The quantity and quality of social relationships are also a major contributing factor in lowering morbidity and mortality. As adults age, it is important that there are public health efforts aimed at improving their quality of life.

There are many interventions that have been targeted towards improving the social relationships of elders. For example, Providence Mount St. Vincent in Seattle is not any typical nursing home. Five days a week, residents share their space with several preschool-aged children in the Intergenerational Learning Center, a nonprofit child-care center and preschool established on the premises in 1991. The program was designed to counter the loneliness and boredom that elderly individuals experience in a nursing home. This social interaction may also enhance the children’s social and personal development, as they are being exposed to positive depictions of elders.

Older adults have a diversity of needs. The social needs of older adults are rooted in their personalities, desires, expectations and cultures. Proximity is also important when discussing the social networks of older adults. Due to age-related conditions, social networks become less extensive and the frequency of contact with friends and loved ones tends to decrease. Because of this, relationships with neighbors and community members are crucial. Meaningful social relationships not only benefit the health and wellness of elders, but they also help to provide affection, as well as a sense of purpose and respect for elders. With more public health interventions targeting the social well-being of elders, there is hope in reducing the loneliness epidemic among older adults. 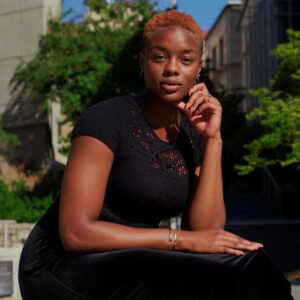