Despite evidence of increasing favorability towards transgender people, this community continues to experience widespread discrimination. The transgender community has historically been subjected to violence and brutality from the police, heterosexual people, and even other members of the broader LGBTQ community. There are many recent incidents of transgender people being physically violated, discriminated against, and killed. I am reminded of the sad story of Viccky Gutierrez, a transgender woman from Honduras, who was stabbed to death and had her body set to blaze inside a house in Los Angeles. To combat the violence and brutality forced upon them, the transgender community has held riots and protested for their existence to be valued. Stigma and discrimination surrounding the transgender identity are deeply rooted in the wider community’s “understanding”, or lack thereof, of the identity. There have been drastic changes in psychoanalytic understandings of gender, which may be a cause underlying the small strides in favorability toward transgender people.

Transgender is a term currently defined as having a gender identity (i.e. man, woman, or other) that differs from the sex (i.e. male, female, or other) one was assigned at birth. Gender identity, furthermore, is defined as a person’s internal and personal sense of being a man, woman, or somewhere else on the gender spectrum. These terms have not always been defined this way, however, and gender has not always been viewed as a personal identity.

Psychoanalysis, a system of psychological theory and therapy that aims to treat mental disorders by investigating the interaction of conscious and unconscious elements in the mind, has historically viewed gender as an extension of sex assigned at birth. Freud developed the idea of “anatomy is destiny” that linked gender to the presence of certain genitalia. He said that one’s personality characteristics were determined by one’s gender. According this Freudian idea, women would develop traits such as sensitivity, compassion, tolerance, and sweetness because their gender is dominated by men. Men, on the other hand, would develop traits such as competitiveness, aggression, and assertiveness.[1] The “anatomy is destiny” operates on the principles of evolutionary theory, looking at how gender translated to the roles that were assigned during the hunter-gatherer period and traits associated with each gender historically.[1] Men were hunters during the hunter-gatherer period, for example, and relied on their “aggression” to fight and hunt for survival.

Freud also noted that sexuality and gender development was fluid and vast. He theorized an anti-Oedipus complex and anti-Electra complex, where boys and girls developed an attraction for the parent of the same sex. The anti-Oedipus complex and anti-Electra complex demonstrates Freud’s understanding of homosexuality, which he categorized as “sexually deviant.”[2] Freud theorized that extended instinctual energy towards the parent of the opposite sex may result in a weak sexual identity, which he also categorized under sexual deviance. The underlying premise is that if the child focuses all his or her libido on the parent of the opposite sex for an extended period, without correcting it, that the child will begin to learn his or her gender role from the parent of the opposite sex.[2] Despite this, the anti-Oedipus and anti-Electra complexes, do not exactly map on to someone identifying with a gender that differs from their sex assigned at birth, which has come to identify as transgender.

The creation of the category “sexually deviant” has had huge implications for the transgender community in America. This labeling operates on a principle of normalcy, where people are expected to identify with the gender associated with their sex assigned at birth. This biologically-driven system resulted in ‘transgendered-ness’ being viewed as a mental health disorder known as gender identity disorder. The term “gender identity disorder” was added to the Diagnostic Statistical Manual (DSM) in 1980 and was later renamed “gender dysphoria.” According to the American Psychiatric Association, gender dysphoria consists of a conflict between a person’s physically assigned gender and their gender identity which, in turn, causes that person much distress. One of the most prominent critiques for medicalizing one’s someone’s social identity is that it stigmatizes this community, who come to be viewed as non-normal. Equating transgender identity to a mental health condition, essentially, pathologizes that individual and may cause them to think that there is something wrong with them.

We are currently, seeing some expansion in the psychoanalytic understanding of gender identity. Modern psychoanalyst Marilyn Charles, for example, argues that sexuality and gender identity make themselves known to the body in distinctive ways that are not rooted in biological fact. She notes that these identities, instead, are rooted in a multitude of factors, many of which are social. Charles’ ideas surrounding sexuality and gender identity are reflective of psychoanalytic understandings of gender today. There are many theories arguing that we are socialized into our gender roles based on what society tells us is the acceptable gender, which corresponds with our assigned sex at birth. We receive positive messaging of our “appropriate” gender roles from media outlets, our families, our peers, and other elements of American culture and society. This means that people who identify as transgender may have different social experiences and influences in their early phases of development, which leads to them to develop a strong internal sense for a gender identity that is different from their sex assigned at birth.

It is important to note that transgender identity is varied and does not require a particular combination of outcomes or behaviors, such as surgical or medical interventions or prescribing to traditional gender appearance of the gender with which one identifies. It simply involves the personal sense of having a gender identity that does not align with the corresponding biological sex. How one aligns with and expresses their gender identity is diverse. More recent definitions and understandings of the transgender community are indicative of some of the changes made in psychoanalytic understandings of gender, which involves a further parsing of the distinctions between gender identity and sex. My hope is that we come to view and treat everyone as human beings instead of viewing people as “other” and treating them poorly because they are different. To consider small strides in favorability towards transgender people as sufficient progress would fail to recognize that this is an issue of long overdue justice in treating people as human beings. 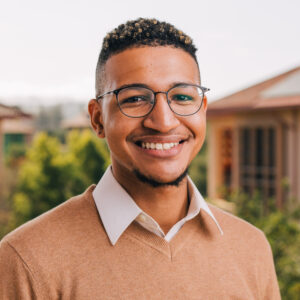